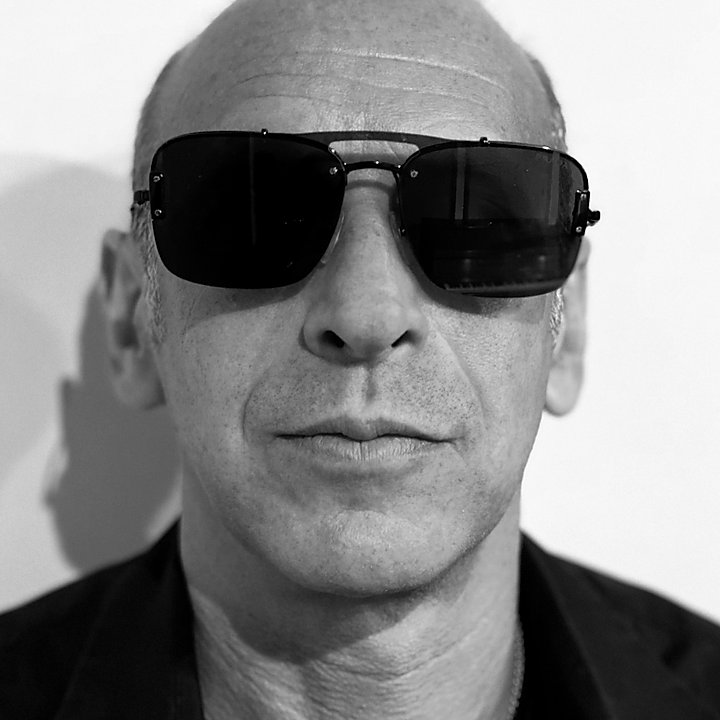 In May of 1994, Perry established Cybersound, Inc. that has since grown into New England's premiere audio production facility with an extraordinarily diverse and reputable clientele. Prior to that, Perry founded a successful experimental electronic band, Manufacture, and gained hands-on experience in the recording studio as the head MIDI programmer at Syncro Sound Recording Studio, formerly owned by the band, The Cars.

At Cybersound Perry has worked with every major record label, including Atlantic, Sony Music Entertainment, Universal Music Publishing Group, Warner Music Group, Island Records, BMG Rights Management, ABC-Paramount Records, DefJam, and Virgin Records. Some of the notable musicians who have worked with him over the years include Greg Hawkes (The Cars), Sarah McLachlan, NKOTB, Robin Thicke, Jon Carin (Pink Floyd), and countless others. Perry has produced many projects for Japan's Giza Studio label, including two multi-platinum albums and six number one singles for Japanese recording sensation Mai Kuraki. As a composer and producer, some of his other projects include the Curious George series with Houghton Mifflin Harcourt, Fuse Television, and the nationally televised Victoria’s Secret fashion show. He has also done soundtrack work for Disney Pictures, LucasArts, MTV Music Awards, ESPN, Bravo, CNN, Sony Playstation, Sci-Fi Channel, and many more. 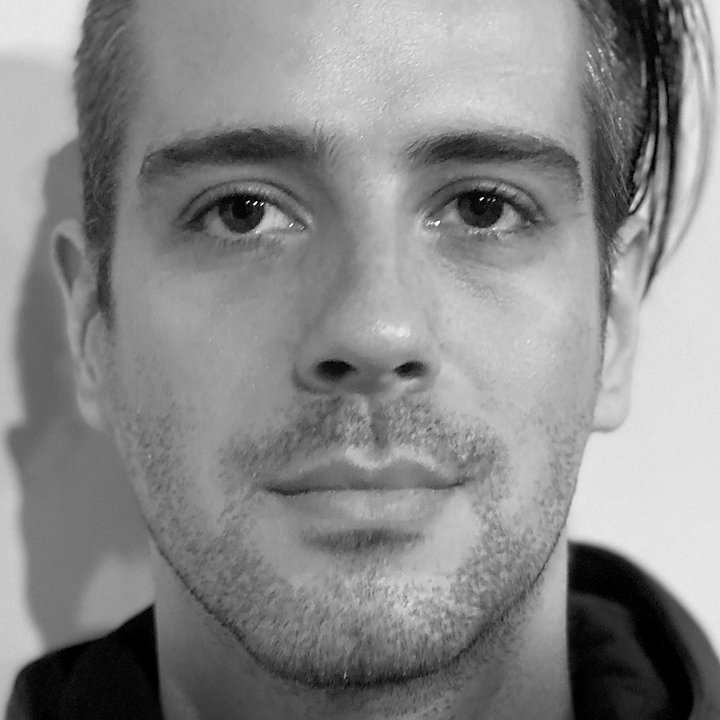 Rob has been with Cybersound for well over a decade, much of which has been as head engineer. He is an expert in recording, mixing, mastering, and producing music of all genres as well as recording projects for film, television, and other mediums. He works with artists on every major music label including: The Jonas Brothers, Charli XCX, Liam Payne, James Arthur, Tinashe, Jordan Knight, Jaden Smith, Mike Bivins, Young Gravy, bbno$, Jason Derulo, Cousin Stizz, Bia, Big Sean, Gucci Mane, Sammy Adams, James Mercer (of the Shins and Broken Bells), Knuckles of NBS, Millyz, Action Bronson, Rick Ross, Meek Mill, Michael Christmas, and many others... He also has had the pleasure of working with many major film and television studios including notable actors and directors such as: Bryan Cranston, Jennifer Lawrence, David O. Russel, Brett Ratner, John Boyega, Kevin James, Dennis Leary, Will Sasso, Jeremy Renner, Gillian Anderson, John Malkovich, Jillian Bell, Edgard Ramirez, The Impractical Jokers, Al Franken, Transformers, The Electric Company, BoJack Horseman, and many, many others. Rob, an avid reader, also enjoys recording and directing audio books for Audible, Penguin Random House, Simon and Schuster, and has recorded the #1 best selling, self-published audio book in the entire world, The 5 Second Rule, with Mel Robbins (as well as all of her Audible Originals). 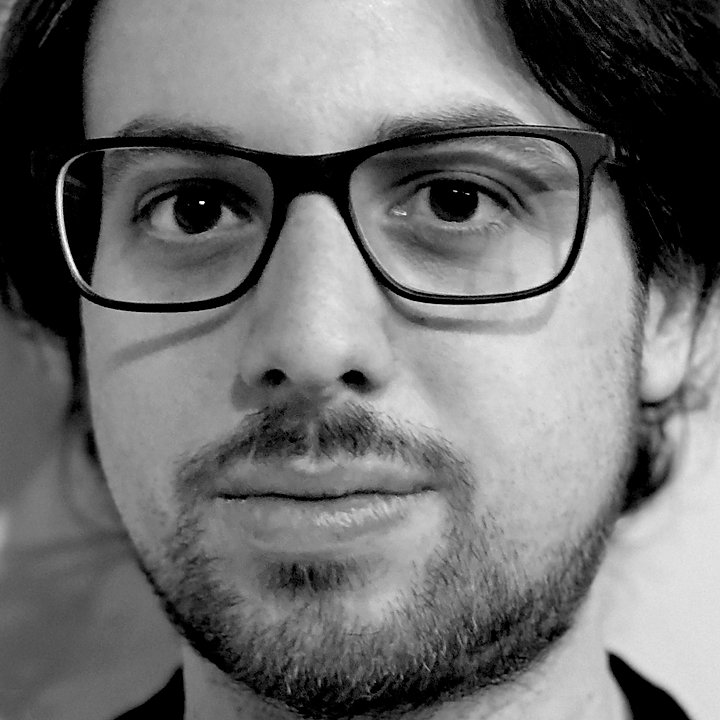 Justin is an alumnus of Berklee College of Music with over twenty years of experience in music. Justin started at Cybersound Studios in Boston, MA as an intern in 2012 and is now working as one of the head audio engineers. Justin has worked with notable artists such as: Run-DMC, DMX, Chief Keef, Lauv, Flume, Liam Payne, Cousin Stizz and Michael Christmas to name a few. Justin recorded, mixed and mastered the TikTok viral hit “Ashes” by Stellar that made the TikTok Hits playlist and ranked within the top 5 for both the US Viral 50 and Global Viral 50, Spotify's own official playlists. Justin has worked with actors such as: Yara Shahidi, Bryan Cranston, John Malkovich, Dennis Leary, Benjamin Bratt and many more. Justin has produced work on the following corporate projects and television platforms: Netflix, ESPN, Billboard Women in Music Awards, Sony Pictures, Audible.com, Penguin Random House, Simon and Schuster, Xyzal, Sonos, Motorola, Google, Progressive, ASICS, 10% Happier, Hawaii 5.0, voice recognition software for Amazon Alexa and much more. 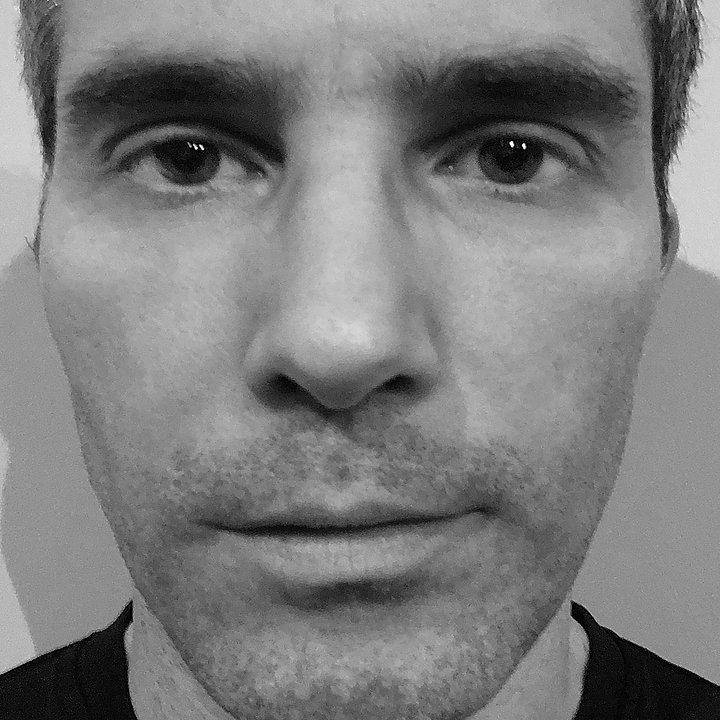 Jim graduated from Berklee College of Music in 2015, where he studied Electronic Production and Design, and Guitar Performance. He was the recipient of the Berklee Robert Moog Award in the spring of 2016. He has been with Cybersound since 2015 and specializes in recording and mixing Hip-Hop, R&B, and Pop. He also is experienced recording and editing Audiobooks and Podcasts. He has worked with Canadian artist Polina Grace, and assisted on sessions with Post Malone and Gucci Mane. 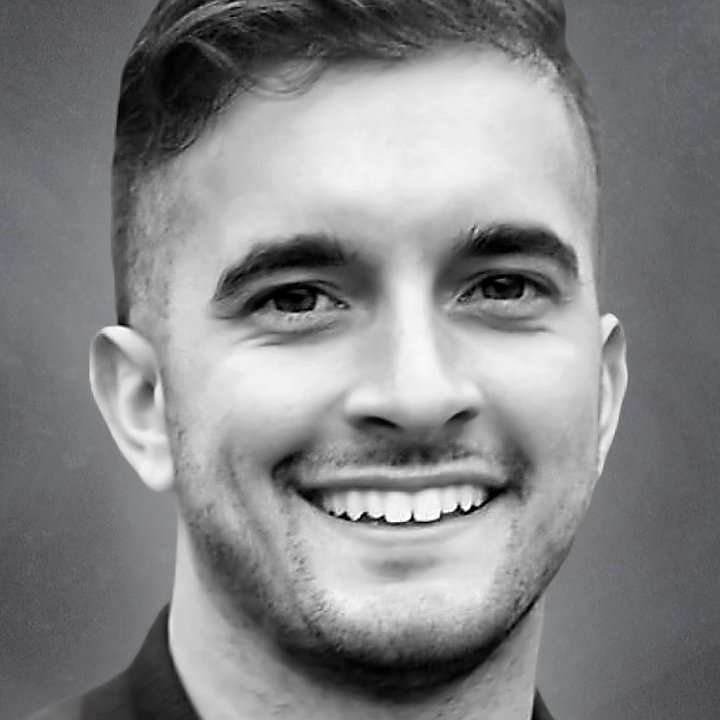 Jordan Geannaris joined the Cybersound team back in 2016. Jordan is a graduate of Recording Radio, Film Connection (RRFC), where he learned to produce/engineer, on-site, at a real recording studio, trained by industry professionals. Jordan is a patient, diligent and driven producer/audio engineer, specializing in hip-hop and r&b styles. Aside form working inside a recording studio, Jordan has years of experience in event production, working as a stagehand and A/V technician. Over the course of his career, Jordan has toured numerous production venues, some examples include, Gillette Stadium, the House of Blues, Madison Square Garden, and Boston’s own, State Room. Jordan has experience as a DJ, and in addition runs both lighting and video for live events. Jordan has done remote recording sessions for Gisele Bündchen and the Massachusetts Institute of Technology (MIT). Jordan has managed voice-over projects for companies such as Amazon and Motorola,Inc.

Mike Midura is a recent graduate of Berklee College of Music with a degree in music production/engineering as well as acoustics and electronics. In his career as a recording and mixing engineer, Mike has worked with a wide variety of artists and genres including everything from Hiphop to Metal. In addition to music, Mike is also experienced in editing audiobooks and podcasts for platforms such as Audible. 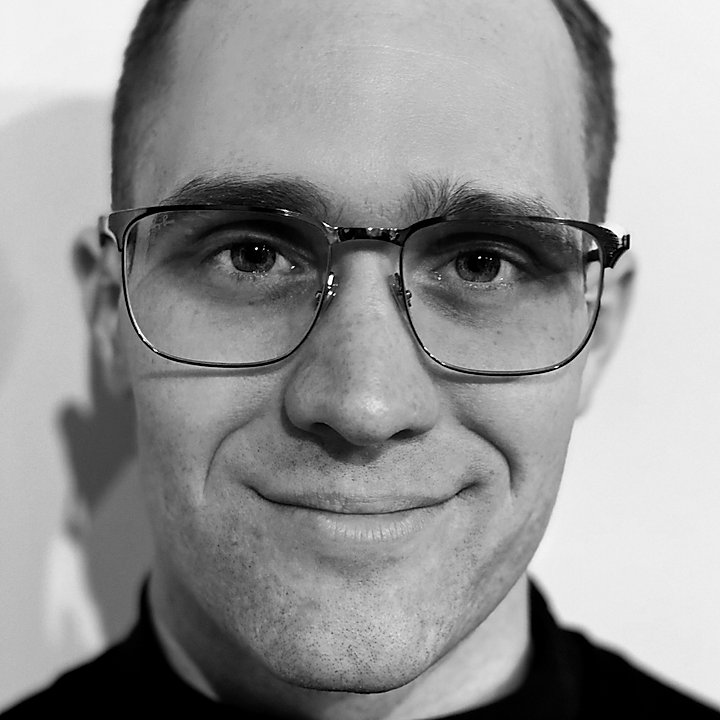 Kyle studied contemporary writing and production at Berklee College of Music (class of 2012). He has worked on projects for Audible.com, is equipped for remote recording, and currently teaches guitar, drums and music production for a wide range of ages and skill levels. 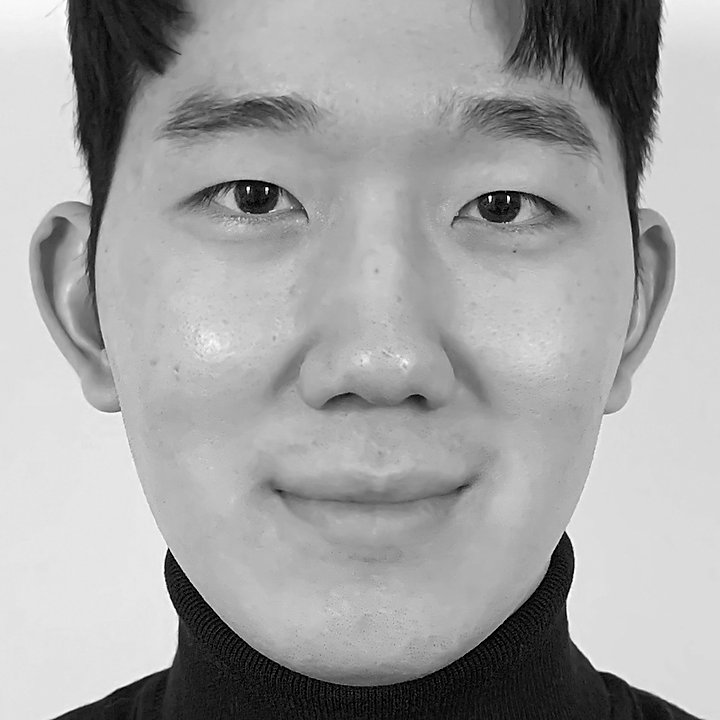 Jay is a lifelong musician, producer and engineer who graduated from Berklee College of Music with a Bachelor’s degree in Music Production and Engineering. He joined the Cybersound team in the spring of 2019 and is currently working as a recording and mixing engineer. 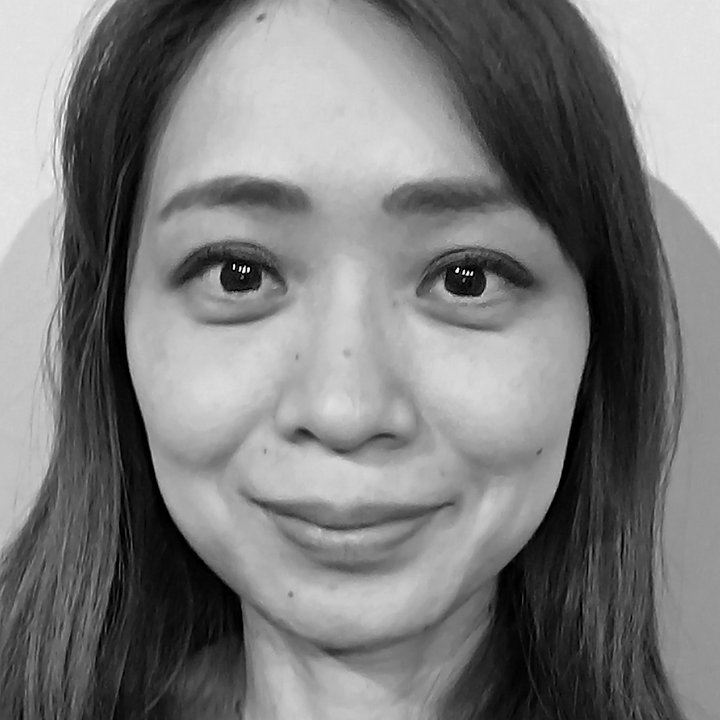 Mami is a composer, arranger and programmer who graduated Berklee College of Music. Over the years she has been part of a number of musical and soundtrack projects including Mazda,Century 21,Haagen- Daz and Curious George. She has also released numerous solo albums. 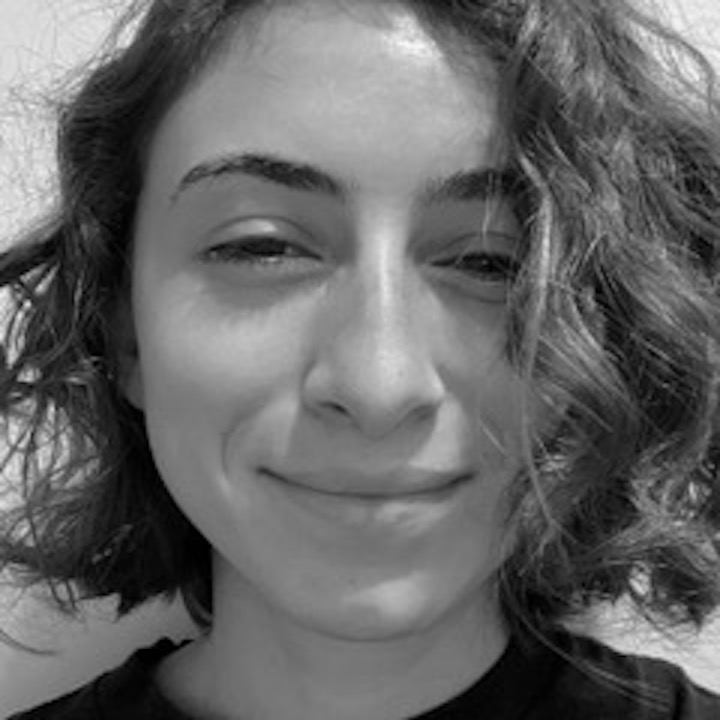 Taryn Gangi is the Cyber Stories Director for Cybersound, as well as the Social Media Manager. She is a songwriter, producer, and assistant engineer who studied Music Technology & Production at Connecticut College. Taryn also writes and produces her own songs, and performs as a drummer in Boston. 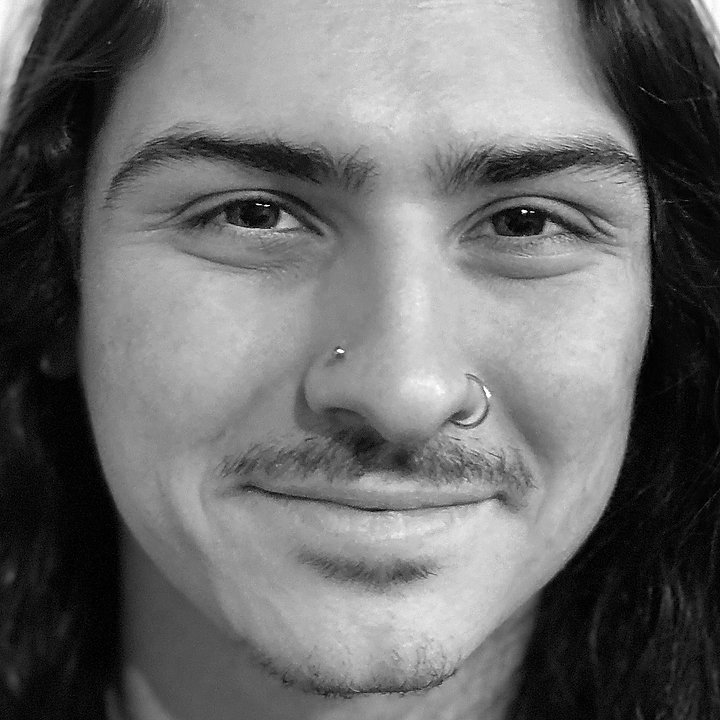